Heather’s favorite number is two. She has two arms, two legs, two pets—and two mommies. When Heather goes to school for the first time, someone asks her about her daddy, but Heather doesn’t have a daddy. Then something interesting happens. When Heather and her classmates all draw pictures of their families, not one drawing is the same.

July 6th– The Fourth of July Story by Alice Dalgliesh

An accessible story of America’s birthday brings alive the history and spirit of the Fourth of July, with an introduction to the fight for independence and the events and people that shaped American tradition.

Sunny the Bunny is finding it hard to say goodbye to home before she leaves for sleepaway camp–after all, Mom and Dad won’t even be there. Trying new things can sometimes be scary, and Sunny is worried that she won’t make any friends this summer and she’ll be lonely so far away from her family. Boy is she wrong! When brave little Sunny the Bunny arrives at summer camp, all sorts of friendly animals jump onto the scene to be her new pals.

As children follow the Grouchy Ladybug on her journey, they will learn the important concepts of time, size, and shape, as well as the benefits of friendship and good manners. For generations, The Grouchy Ladybug has delighted readers of all ages with the story of a bad-tempered bug who won’t say “please” or “thank you,” won’t share, and thinks she is bigger and better than anyone else.

Little Crab and Very Big Crab live in a tiny rock pool near the sea. Today they’re going for a dip in the big ocean. “This is going to be so great,” says Little Crab, splish-splashing and squelch-squelching along, all the way to the very edge. Then comes a first glance down at the waves. WHOOSH! Maybe it’s better if they don’t go in? With vivid colors, bold shapes, and his trademark visual humor, Chris Haughton shows that sometimes a gentle “don’t worry, I’m here” can keep tentative little crabs sidestepping ahead — and help them discover the brilliant worlds that await when they take the plunge.

August 3rd–Tales of the Dairy Godmother by Viola Butler

With the help of his Dairy Godmother, Chuck is taken–poof!–on a memorable and delicious adventure to a dairy farm. He finds out exactly where ice cream comes from and gains an even deeper love and appreciation for his favorite food.

When Papa’s seven little mouse boys ask for a bedtime story, Papa does even better than that—he tells seven stories, one for each boy!

Lami is the best chicken catcher in the whole village. Her sister may be speedy at spelling, her friend fast at braiding hair, and her brother brave with bulls, but when it comes to chickens, nobody is faster or braver than Lami. That is, until the day when Lami chases a little too fast, up the baobab tree, and reaches a little too far . . . ow! How can she catch chickens with an ankle that’s puffed up like an angry lizard? Could it be, as Nana Nadia says, that quick thinking is more important than quick running?

A little girl is always missing out on the wonderful things her family gets to see and do, just because she is the youngest and smallest. She misses seeing shooting stars because she goes to bed too early; she can’t pick the first apple of autumn because she’s too short; and, this morning, everyone else got to see a deer . . . except her. She goes into her backyard in search of the deer, a sugar cube tucked in her pocket. She sees a flick of brown in the orchard — is that the deer? No, it’s just the neighbor’s friendly dog (Shhhhh, Nala!). Is that it by the pond? No, that’s just a bird, playing in the water. Just when she’s about to give up, she spots a fawn, beautiful, quiet and small . . . just like her.

After a young boy goes to sleep upset that he’s getting a book for his birthday, he’s visited in the night by Patience and Fortitude, the two stone lions who guard the New York Public Library. Soon, he’s magically whisked away from his cozy home in the Bronx, and the two mighty lions show him the wonder of the library. There, the inquisitive Latino boy discovers the power of books and their role not only in his own life, but also in the lives of the people he loves

September 7th– The Office: A Day at Dunder Mifflin Elementary by Robb Pearlman

Michael Scott is Line Leader at Dunder Mifflin Elementary! It’s a very big job, but Michael is sure he can liveup to the “World’s Best Line Leader” title printed on his water bottle. There’s just one problem–Michael doesn’t know how to lead the line. Filled with colorful, detailed illustrations and brimming with Easter eggs and nods to iconic moments from the show, this hilarious reimagining features a pint-sized cast.

The war is over and little Ayobami can finally go to school. Everyone is extremely happy and joy is all over the town. The children are excited to go to school and have a great time, but Ayobami is so impatient that she cannot wait for the other kids and decides to go to class alone. So that she does not get lost, Ayobami’s father builds a paper boat and pushed it out onto the river. “If you follow it downstream, you will arrive at the schoolhouse,” he told her. However, the ship wrecked and Ayobami had to find another way to school, so she decided to go through the jungle following the winding path that runs through the undergrowth. With the only help of a paper and a spent pencil, the girl begins an exciting journey with a fundamental objective: to learn to read and write. Will the wild animals from the jungle allow her to reach her destination safely?

Weasel is ready for his dinner, and poor Mouse is it. Can Mouse stop Weasel from serving up mouse soup for supper? The clever mouse tells the weasel four stories to make the soup tasty—then manages to trick the weasel and get home safely.

The heartwarming true story of two penguins who create a nontraditional family. At the penguin house at the Central Park Zoo, two penguins named Roy and Silo were a little bit different from the others. But their desire for a family was the same. And with the help of a kindly zookeeper, Roy and Silo got the chance to welcome a baby penguin of their very own.

Donate to the Library 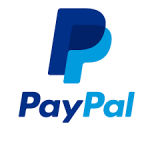